The final concert of the All-Russian Competition of Young Composers, timed to the 67th session of the International Forum of Broadcasting Organizations International Rostrum of Composers, was held in the hall of the Russian Academy of Music. The Gnessins on September 23, 2021.

The General Director of the Russian Musical Union, Honored Artist of Russia, composer Alexander Klevitsky, who directs the Academic Large Concert Orchestra named after Yu.V.Silantyev, who performed several works of the contest participants with conductor Denis Kirpanev in the final, addressed the participants, the jury and the audience with a welcoming speech.

– Happy Music day! – Alexander Klevitsky congratulated those gathered in the RAM hall. The Gnessins and those who watched what was happening on the Orpheus website. – I sincerely thank the Russian Music Union for the realization of a cherished musical dream. It is a real happiness that we were finally able to gather here today. And I heartily congratulate Orpheus Radio on its thirtieth anniversary.

The works of the participants were evaluated by the jury, which included composers Efrem Podhaits, Peter Aidu, Tatiana Kamysheva, Elmir Nizamov, Anton Tanonov. The chairman of the jury Efrem Podhaits stressed that this year the winners are selected for the first time in three categories: “Symphonic music”, “Chamber instrumental and vocal music” and “Choral music”.

Alexey Chernakov was the first in the category “Symphonic Music” with the composition “Concertando for piano and orchestra”. According to the author’s idea, the audacity and freedom of a person in motion are replaced in his creation by a sharp stop that makes you think about the meaning of being. The piano part was performed by the author himself. Then Kirill Arkhipov’s “Anomaly Symphony Orchestra Concerto” was performed. The author’s interpretation implied a clash of minimalist rhythms with Rachmaninov’s early opuses, and Novoventsev expressionism with techno and the “commercial sound” of modern Russian popular artists. Vladimir Ladomirov in his composition for orchestra “After Altamira …” demonstrated the drama of the birth and death of cultures by the example of Stone Age paintings found in the Spanish cave of Altamira.

The nomination “Chamber instrumental and vocal music” was opened by the Diptych for voice and chamber orchestra “Forest Tales of the Tatars”, in which Adelia Fayzullina relied on Tatar legends and folklore themes. The music of the young composer from Kazan was performed by the chamber composition of the Y.V. Silantiev Orchestra conducted by Vladimir Fadeev. Yakov Alexandrov in the string quartet “Lux Aeterna” first showed a kaleidoscope of human emotions, and then – a sudden fading in the face of eternity. Vladimir Ladomirov in the composition for the chamber ensemble “White Noise” confirmed the equivalence of intuitive comprehension of reality and its rational cognition. The last two compositions in the nomination “Chamber Music” were performed by soloists of the Moscow Ensemble of Contemporary Music.

The works in the nomination “Choral Music” were performed by the Chamber Choir of the Moscow Conservatory under the direction of Alexander Solovyov. This nomination started with a “Lyrical Anthem” on the theme of the Belgian legend of the magic horse Bayard. Konstantin Komoltsev created this work in 2018 for the Yekaterinburg Children’s Opera and Ballet Theater. Elena Weinberg in “Gloria” for the women’s choir set out not to recreate the canon, but to present the world of thoughts of a person reading a prayer and realizing good and evil with different sides of his personality. Yakov Alexandrov, when creating a Choral composition on folk texts “Spring”, was inspired by folklore sources.

While the jury was deliberating, choosing the best of the best, a “Reminiscence” was performed for the audience/Overcoming” for gusli, balalaika and cello by Ekaterina Buzovkina, who became a laureate of the All-Russian Competition of Young Composers in 2019. The names of the winners were announced by the chairman of the jury Efrem Podhaits. As a result , the prizes were distributed as follows:

– I am sincerely glad that the final took place, – admitted Efrem Podhaits. – The final performances were supposed to take place in Yaroslavl, but by the will of fate we ended up here. Life goes on – and that’s the main thing. Everyone does their own thing: musicians compose and perform music, and the audience enjoys good works instead of watching sad news on TV.

All finalists received diplomas of laureates, and recordings of the winners’ compositions will be presented by the Orpheus radio station in Belgrade, where the 67th session of the International Forum of Broadcasting Organizations International Rostrum of Composers will be held from October 12 to 15. 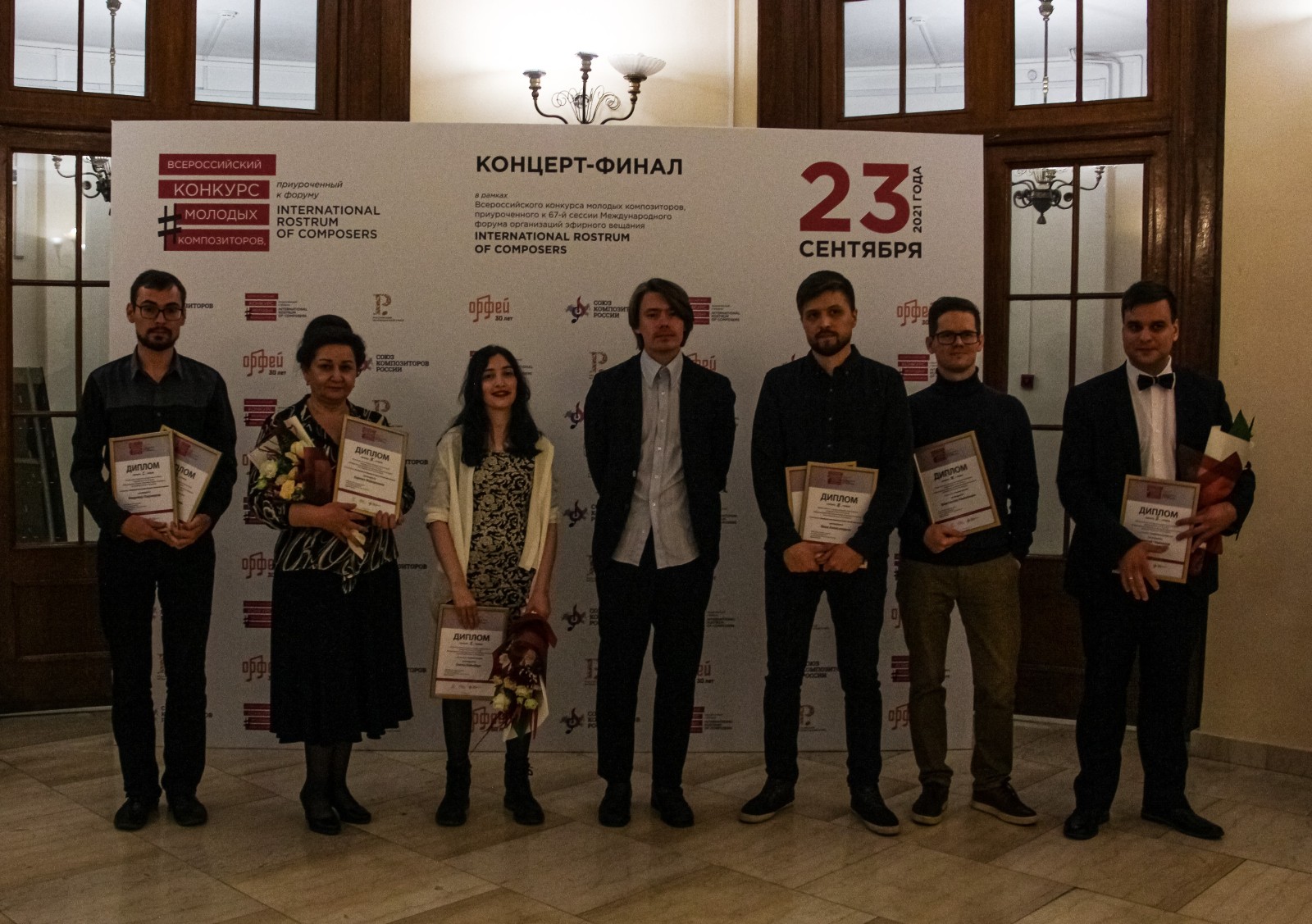